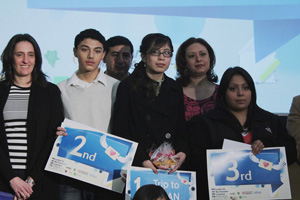 Japanese immigrant families and their friends to America from the mid 1960s played a central role in developing the Teachings of Reiyukai. In 1972, a judicial person under the name of Reiyukai America was registered; Reiyukai America Branch Office as its first overseas office was opened in 1973. As part of the attempt to understand Reiyukai, a visit to Japan by members in America was actively carried out; the Youth Group Society was also organized. Not involved in the Japanese-American society only, Reiyukai America lately has been cooperating with other organizations engaged in social activities, and implementing Family Day Festival, Letter to My Parents Contest, A Visit to National Cemeteries, Recycling Activity, and so on. The teachings and activities of Reiyukai America, which has originally started in Los Angeles, are now spreading across the nation. Reiyukai America has been working on their activities being accepted by America, a multiethnic country, beyond the language and race.