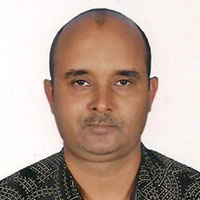 I was born in the state of Bihar. I have six siblings including two sisters, and I am the eldest of four brothers. My father has worked at Railways until 2002. I was living with my parents while going to primary school; then I lived with my grandparents during my high school years. Thanks to both of them, I graduated Bihar University. But after that, I repeatedly experienced disappointment and failure in my life. After graduation, I have done agricultural work in my village for about three years while studying for a civil service examination; however I failed the test. I eventually gave up to become a public employee and worked as an office clerk for five years. I then moved to Patna and opened a mobile phone shop. Yet, I had to end up closing my shop in five years. During these years, I married and became a father of two boys. But I always had been distressed because I felt no hope for my future. I learned the Korean language in hope of starting my career again as a guide; at this time I encountered the teachings of Reiyukai. I have previously studied Gotama Buddha. His teachings are based on the universal truth and social contribution. I was surprised to see a great number of foreigners were visiting India to follow Buddha teachings. I had a chance to find out that the teachings of Reiyukai were based on the spirit of Buddha; so I instantly decided to become a member. Through reciting the sutra by myself, participating in a gathering, and carrying out michibiki, I truly felt and understood the greatness of the teachings. Frankly speaking, before joining Reiyukai, I was belonging to another religious organization. But visiting to a temple did not bring a peace of mind to me. Reiyukai teaches that everyone must become happy; this is the biggest difference between the teachings of Reiyukai and other religious groups. If we sincerely express an appreciation to our parents and ancestors as well as respect others, I think that we, ourselves, will be able to find happiness for the first time. An individual ego is full of in this society we live. Everyone cares only his own benefits; and that kind of selfishness causes war and conflict. But if each one of us carries out the teachings of Reiyukai, I believe that this world can be improved. As I was reciting the sutra and doing michibiki, I became aware of my drawback. I stopped acting selfishly and tried to look from the other persons viewpoint. My wife also understood the teachings of Reiyukai very well. Together with her, I applied the teachings of Reiyukai in our daily life. My families and relatives were impressed by our behaviours. Wanting to know the reason of our changes, they also became a member. I am confident that by carrying out the practice properly, what we are trying to achieve can be surely appreciated and accepted by others. My personal life was improved; at the same time, I was able to handle my job well, too. I had a lack of patience and could not hang on to the end. But the teachings of Reiyukai taught me an importance of making steady efforts; as a result, I am now applying it in my business. So many people with different religions and languages live in this society. By applying the teachings of Reiyukai and contributing for society, our society certainly can be changed. I work hand-in-hand with all of my members in spreading the teachings to as many people as possible for the sake of our next generation. 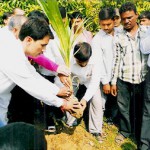 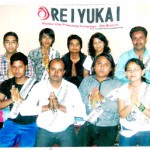