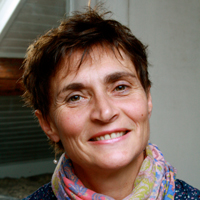 My name is Isabelle Huet. I am a housewife with three children: Armand is the eldest son;he is 18 years old. L«±on is the second boy; he is 16 years old. I had a third son – who died before coming to life in this world who we called Beno«Ât.

My fourth child is a girl named Myrtille; she is in secondary school.I was 20 years old when I met the Reiyukai teachings. A couple of friends of mine had just welcomed a trisomic baby when they offered me to discover this teaching.

I was deeply moved by their deep love for their child despite their hardships. So I immediately wished to start practicing the teachings that they were carrying out. The people who little by little joined me on this path were facing with the same reality; that is, they had a handicapped or a still-born child- or could not have a child. I was therefore surprised to realize to what extent they were linked to my michibiki-parents by similar life circumstances. Although all the information was standing in front of my very eyes to solve this karmic hindrance for them, I was being insensitive and felt that it had nothing to do with me. About fifteen years ago, however, the link with my members and my family came to life when I learned I was expecting a trisomic baby, Benoit. This is my innen.

I was shocked; but at the same time, I wanted to solve it and hoped that my children and grandchildren would not inherit the same karmic hindrance.

I put all my energy in the teachings and in my practice together with my michibiki- parents and members through reciting the sutra, organizing a tsudoi, and collecting the ancestors posthumous names. The fifth month of my pregnancy, Beno«Ât died. Thanks to the practice I had done, the doors of my warm-hearted mind for others opened up. I felt accompanied by a wide spiritual dimension and tried to develop more respect and consideration for others. That, of course, was the most difficult thing to do.

In particular, one of my direct members got me worked up each time we met. I remembered how often she had complained about the awkwardness and criticisms uttered by her mother. But I realized that I was also complaining about my own mother about the same things! She and I were made of the same human stuff! I became aware that unless I would change, everybody else would not change, either. I was selfish and hard to others. As my michibiki-parents have shown to me, I tried to be more considerate to other people inner feelings.

Soon a link of spiritual friendship that fills me with joy has developed, a link made of research and curiosity, benevolence and firmness. In their turns, all our companions develop confidence, involvement and good quality relationships. At the same time and in the same way, the relationship with my son changed.

I stopped arguing with him. I accepted him the way he was, with his defects, for sure, but also with his qualities and what he had inherited from us, his parents. I have learned that, without realizing it, if the parents only criticize their children, the two would never understand each other.

I became more aware of my relation with my daughter as well. For example, it enabled me to hear what my daughter was saying about the brusqueness of my behaviour towards her, as a somewhat cold and distant relationship was settling between us. Once again, there, with a different consciousness, my efforts at breeding softness and respect towards her brought about greater confidence and the distance that had been growing between us disappeared.

If we turn our back from our innen, we will not be able to become happy. I would like to spread this teaching which can solve it, and hope to convey the joy of living to as many people as possible. What wonderful teachings! What a wonderful adventure! 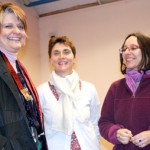